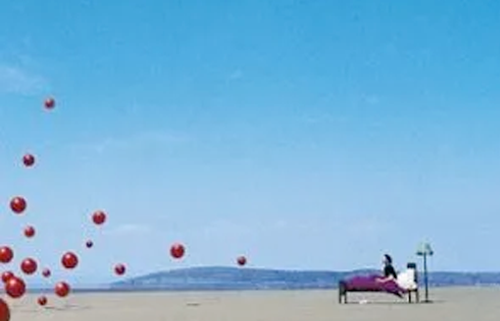 Wake Up And Smell The Coffee Album Cover

This is ‘Behind The Cover’ a feature presented by Pure Music Manufacturing. It is a place where we will visit the history of and story behind some of the most iconic album covers of all time. This edition features an interesting band from a tiny country that has had a huge impact all over the globe.

“Wake Up And Smell The Coffee” is the fifth studio album released by Irish alternative rock band The Cranberries. It was also their final release just prior to a six-year hiatus. The album was released in October 2001 and was a critical success selling 170,000 copies by April 2007 in the US and 1.3-million copies worldwide by 2002. The album was certified Gold in Canada and Switzerland and 2x Gold in France and Germany.

As for the charts, it fared much better internationally than it did in the US or UK where it peaked at #2 on Spanish, Italian and French album charts. It went to #8 in Canada’s Billboard Chart and #46 on the US Billboard 200. It got to #61 in the UK. The album did produce three singles including “Analyze,” “Time Is Ticking Out” and “This Is The Day.”

Wake Up And Smell The Coffee Album Cover art for this album was designed by Storm Thorgerson who not only designed the cover for The Cranberries previous album (“Bury The Hatchet”) but has also been known for his work with Pink Floyd album covers. For this particular one, which depicts a cloud of what appears to be giant red cranberry-coloured balls filling the frame, Thorgerson says the concept came from granules of coffee percolating the atmosphere and settling in your nose to wake you up. An obvious reference to the album title, which happens to be a common phrase used to point out something that should be well, obvious.

“These became red (cranberries) and then enlarged to gym balls to satisfy our rampant egos,” the designer says. The original concept was to have these ‘floating’ balls in an interior space but that was changed to an exterior location. Thorgerson adds, “Because this idea was preposterous, it needed testing before we did the proper thing on a beach in Somerset.” The test was conducted on a small grass aerodrome outside of London. The bright blood red colour catches your eye instantly and draws you into the photo to try to determine what is going on. The choice of colour has made this a real iconic album cover.

There is a version of the artwork that features a man in a bed on the beach. That is obviously a nod to another Thorgerson design: the album cover art to Pink Floyd’s “A Momentary Lapse of Reason.”

Pure Music Manufacturing is based in Manchester. UK. The CD manufacturing company has many different CD/DVD manufacturing services. They include pressing and packaging and Pure Music aims to be your one-stop, affordable and easy to use CD replication and CD printing service as a result. Their packages are designed to meet your project specifications and fit within your budget.

The Who Takes It To The Wall With ‘Who’s Next.’