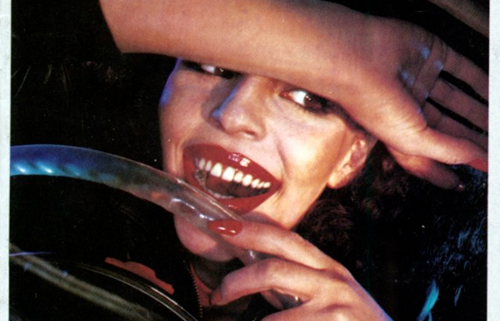 This is ‘Behind The Cover’ a feature courtesy of Pure Music Manufacturing. This is where we will take a closer look at an iconic album cover from the past and dig into the history of that cover, the band and their music.

American new wave band The Cars released their debut album “The Cars” in June 1978. The band consisted of five musicians who had played in multiple bands in the Boston area throughout the 1970s. The Cars were formed in 1976 and performed relentlessly in clubs throughout the region. After becoming a club staple, they recorded a series of demos in 1977. A number of these songs appeared in finished form on their debut disk.

‘The Cars” produced three singles that charted well including “Just What I Needed,” “My Best Friend’s Girl” and “Good Times Roll.” The album stayed on the charts for a total of 139 weeks. The album ended up selling one million copies by the end of the year and peaked on the Billboard 200 chart at #18. It also was recognized as the #4 Top Album of the Year by Billboard in 1979. The overall sound of the album made it a rock radio regular and album tracks including “You’re All I’ve Got Tonight,” “Bye Bye Love,” and “Moving In Stereo” all gained a life of their own through regular radio airplay.

The album cover was designed by the record label. Band drummer David Robinson ended up designing most of the band’s following album covers. In fact, he had originally designed the cover for their debut release at a cost of a mere $80. He has stated that the price he remembered exactly and that his completely finished design was “a little more bizarre than the cover they (the record company) had in mind.” Robinson went on to say that due to copyright issues with his design, the record company made a number of changes to it before going with an all-new design. The revised Robinson version did end up in the inner sleeve.

The cover designed by the record label was not well liked by the band. It features a close-up of a broadly smiling Russian-born model named Natalya Medvedeva. She is seen in the driver’s seat of a car with her face partially hidden behind the steering wheel that she is holding in one hand. Her smiling lips and perfect white teeth just jump off of the album cover. Robinson felt the cover was “too slick” and the band picture on the back cover he didn’t like. Band mate guitarist Elliot Easton said he was not fond at all of the “big grinning face” on the album cover. “Man, I got tired of that cover.”

Pure Music Manufacturing is based in Manchester, UK. They are a CD manufacturing company that provides several different CD/DVD manufacturing services including pressing and packaging. Pure Music wants to be your one-stop CD replication service and has designed their packages to meet both your requirements and budget.

The Cranberries Fill The Air With Percolating Red Balls