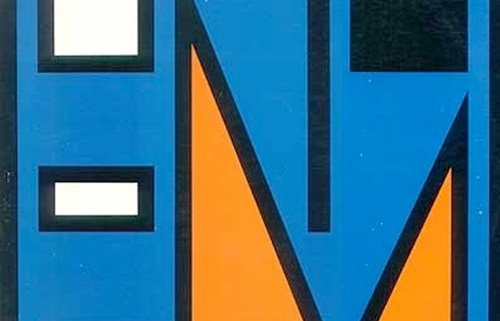 Here is another installment of our “Behind The Cover” feature. This time around, Pure Music takes a look at an interesting concept used as a promotional gimmick by a band from New Zealand.

Split Enz released their 5th album in 1980. To this point, they gained very little attention beyond their market. However, that quickly changed with this album. It was their first commercial success and had the title of ‘True Colours’ which played a role with the cover art used. In fact, not just the cover art but the vinyl album itself had a treatment done to it that made this a true collector’s item. What didn’t hurt the band any was the fact that the album also contained some great tunes. The top track was a song titled, “I Got You.”

That single got the band international attention as did their album cover art. In addition to several singles, some of which were only released in the Northern Hemisphere, there were albums released in four different colour combinations. They included yellow and blue, purple and yellow, blue and orange and finally, red and green. Over time, re-releases saw four more colour combinations which included lime green and pink, hot purple and burnt orange, yellow, blue and red and, to mark sales milestones, gold and platinum.

The cover art, aside from the multiple colour combinations, was mostly made up of simple geometric shapes. Imagine what it must have been like to stock the four different issues in the average record store. Chances were that as tempting as it was to display each separately, they all probably just ended up piled on top of each other.

As cool as it was to have all these options, the vinyl record itself had an even more interesting feature. The wild, imaginative shapes from the cover art along with other patterns were pressed into the vinyl using a technique known as laser etching. It’s more commonly used today for various reasons but on ‘True Colours’ it left visible ‘raised’ patterns when light hit the surface. Additionally, with light aimed at just the right angle, these patterns would spin on a ceiling or wall as the record was being played.

Split Enz was the first group to use this technique and ‘True Colours’ was the first-ever album to feature the laser etching. The idea behind it was to discourage counterfeiting of the disk.

The album experienced a remastering and was re-released twice with the 2006 issue including two bonus tracks. In 2010, ‘True Colours’ was recognized as holding the #22 position on the 100 Best Australian Albums list. Call it an honour or a huge distinction if you must. The irony here comes from the fact that the band was not Australian.

Pure Music Manufacturing is based in Manchester, UK. The CD manufacturing company offers several different CD/DVD manufacturing services. They include pressing and packaging. Pure Music aims to be your one-stop CD replication service based on the affordable packaging options they offer. They strive to meet your budget and the specific requirements of your project.

Loverboy Gets Lucky With Their Second Album