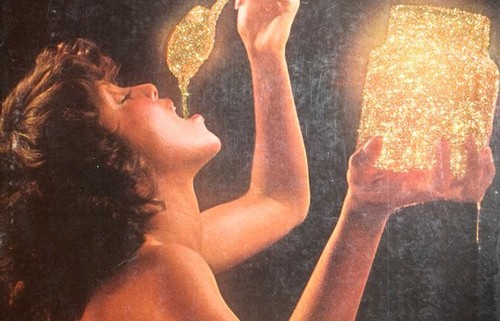 “Behind The Cover” is a regular feature where we take a closer look at the story behind one of the most iconic record album covers produced. Pure Music this time digs into the details that revolve around a controversial cover on an Ohio Players album.

The seventh album released by American band the Ohio Players in 1975 was titled simply, “Honey.” It had three singles with the most popular being a song that continues to represent the era called “Love Rollercoaster.” The album peaked at #2 on the Billboard charts and has since become known as a ‘classic’ from the 1970’s and the best album ever released by the band.

But what really got the Ohio Players stuck in the middle of conversation was the album cover itself. Actually, if you were to revisit the catalog of the band, you’d note that ‘racy’ would be one way to describe the direction they took in packaging, according to standards of the 1970s.

This particular cover featured October 1974 Playboy Playmate of the Month Ester Cordet nude holding a large, sticky jar of honey in one hand. At the same moment, she is lasciviously swallowing a dripping spoonful of honey being held by the other hand.

The inside cover photo was even more um, sticky. It shows the cover model lying on her back in the nude with honey poured all over the exposed parts of her body. The members of the band are also in the shot and they appear to be looking at her with expressions ranging from amazement to delight on their faces.

Despite the flavour of the cover art, the Ohio Players did actually win a Grammy Award for Best Album Cover Art that year. Oddly enough, the cover model became slightly more famous for something other than being drenched in honey. Cordet was eventually connected to an urban legend that involved the hit single “Love Rollercoaster.” That myth claimed that apparent skin damage resulting from the fake honey used in the cover photo shoot caused her to threaten a lawsuit. In reaction to this, Cordet was allegedly stabbed in the recording studio after a scuffle broke out. The screams heard in the chorus of the song apparently belong to her.

As it turns out, none of this urban legend is based on fact. The scream in the song was produced by Billy Beck – the band’s keyboardist. However, the legend didn’t hurt album sales whatsoever and probably helped a little.

The album also has the distinction of being the fourth of five releases by the Ohio Players that was recorded in quadraphonic sound that was released in 8-track format. This was a 4-channel stereo recording system used in the era. Rereleases have followed with a digital format coming out in 2001.

Pure Music Manufacturing is a CD manufacturing company based in Manchester, UK. Pure Music offers various CD/DVD manufacturing services which include pressing and packaged of your project. They aim to become your one-stop CD replication service with affordable packaging options designed to meet your budget and specific project requirements.