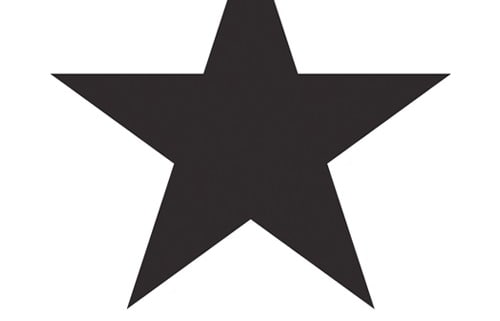 This is “Behind The Cover” where we examine the story behind iconic album cover art. In this installment Pure Music looks at the final album released by David Bowie.

The twenty-fifth and final studio album released by English musician David Bowie was in 2016. The album was released worldwide on January 8th, which was Bowie’s 69th birthday. He died two days later of liver cancer. The album was mostly recorded in secret and the general public was not aware of his illness until the album came out. In fact, the artist had intended “Blackstar” to be his parting gift to his fans. It was accepted graciously and surpassed the marks set by all other Bowie albums released in the past.

The album was a huge success commercially having topped charts in several countries and was Bowie’s only album to hit the Number One spot in the US on Billboard’s 200 list. It sat at Number One on UK charts for three weeks.

By April 2017 “Blackstar” had sold more than 1.9-million copies worldwide and was the best selling album on the planet for two consecutive weeks. Less than a month after its release, it had sold 969,000 copies.

Jonathan Barnbrook designed the cover artwork having done so with three other Bowie albums. The star image on the white cover was credited to NASA and the five star segments that fill the space along the bottom of the cover below the large black star form the word Bowie in stylized letters. The vinyl cover, in black, has the large star as a cut out which reveals the record beneath containing an all-black picture label. Once the record is removed from the cover, the black paper behind the cut-out star shows a picture of a star field that is otherwise hidden until the foldout sleeve is held in front of a light.

The special effect took fans over four months to discover. It also isn’t the only ‘secret’ that has been incorporated into the artwork. Barnbrook claims there are many more hidden ‘surprises.’

As for the name of the album, a black star lesion that can be found inside a breast, is an indicator used in medicine as evidence of the existence of certain types of cancer.

In the world of musical legacies, “Blackstar” will forever be remembered as one of the most significant offerings ever released. The album artwork will also be remembered as being as iconic as Bowie was.

Pure Music Manufacturing is a Manchester, UK based CD manufacturing company. Pure Music provides a number of different CD/DVD manufacturing services including pressing and packaging. Our goal is to become your solitary source for all your CD replication services by offering affordable packaging options to fit your budget and specific design requirements.

The Ohio Players Get Sticky With A Little Bit O’ Honey