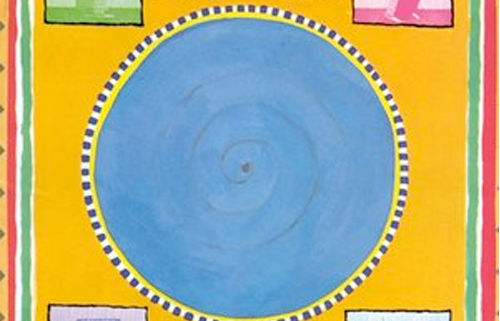 The Talking Heads Stop Making Sense When ‘Speaking In Tongues.’

Welcome to ‘Behind The Cover.’ This is a feature presented by Pure Music Manufacturing where we look at the story behind the music and cover art of an iconic album.

American rock band Talking Heads released their fifth studio album on June 1983. It was titled, ‘Speaking In Tongues.’ The band members had been working on different side projects before the recording of this album, which started in 1982. For a band that had up to this point attracted just a cult following, ‘Speaking In Tongues’ proved to be the commercial breakthrough that put the Talking Heads on the musical map. It also gave the group their only Top Ten single, “Burning Down The House.”

The video for the single got a lot of attention from the then-two-year-old American video channel MTV which helped the band – along with many others in the same decade – reach audiences that they may never have had access to before the all music video channel’s launch.

The tour that supported ‘Speaking In Tongues’ was turned into the 1984 film ‘Stop Making Sense’ which resulted in a live album of the same name. ‘Speaking In Tongues’ had a variety of musical styles on it that pushed the disk into crossover territory where it landed on dance charts where it spent six weeks at the Number Two spot. The album was also the band’s highest-charting release on the US Billboard 200 chart.

Lead singer and songwriter David Byrne designed the album cover. It features a series of four pictures that surround a large light blue circle and is framed with green and red squares forming the outer frame of the album cover. The band name and album title are spelt out in capital letters in a staggered pattern that read: TA LKI N GHE ADS…SP EAK IN GI N TO NGU ES. At first glance the wording is difficult to understand but once focused on the lettering, the words become easy to read and understand.

The limited-edition LP version saw a different cover that was created by artist Robert Rauschenberg. That version won the artist a Grammy Award. The award-winning version featured a clear vinyl disc in clear plastic packaging which included three clear plastic discs that had similar collages on them but were in three different colours – one per disc.

Re-releases of the album in CD format contain extended versions of some songs and remastering of the entire album. Different releases elsewhere in the world contain additional material.

As for the unusual title for the album, Byrne explained that he had originally sung nonsense words, making them up as he went and it occurred to him that in a way, he was speaking in tongues, not making very much sense. The idea stuck and remained the title for the project.