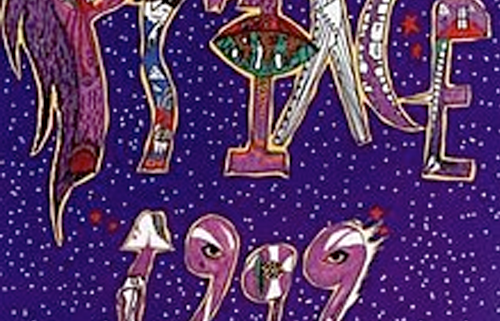 This is ‘Behind The Cover’ which is an examination of the story behind the music and the artwork of an iconic record album. This feature is proudly presented by Pure Music Manufacturing.

American recording artist Prince released his fifth studio album in 1982. It was titled, ‘1999’ and was the first to include his band The Revolution. The album soared to the Number 9 spot on Billboard’s 200 Chart, making it the first time Prince had hit the top ten. Oddly enough, after his death in 2016, the album took another trip up that chart peaking at the Number 7 position. The album became the fifth best-selling record in 1983 and is a certified quadruple platinum by the RIAA.

The album received many accolades including a notation in the Rolling Stone Album Guide where it was described as, “Prince’s most influential album” with credit going to the definition it gave what was later identified as the Minneapolis sound which revolved around “synth-and-drum machine arrangements.” The guide went on to point out that Prince’s sound “loomed over mid-80’s R&B and pop, not to mention the next two decades’ worth of electro, house, and techno.” There was no doubt that Prince was setting the pace and blazing a trail for musicians all over to follow well into the 1990s and beyond.

‘1999’ appeared at the 163rd spot on The 500 Greatest Albums of All Time list created by Rolling Stone Magazine and was also inducted into the Grammy Hall of Fame in 2008. A re-release in 2019 features 35 previously unreleased recordings.

The title track was a protest song against nuclear proliferation although as the new millennium arrived, the song received tons of additional airplay thanks to lyrics that suggested we all “party like its 1999” without much notice to the actual meaning of the lyrical content. Regardless, the funky vibe from the song has kept it a party favorite.

The album cover art is a tad confusing. It features elements that were borrowed from the previous album released by Prince titled, ‘Controversy.’ Eagle-eyed fans will recognize the eyes and the “Rude Boy” pin in the ‘1999’ that appears on the cover. Other ‘borrowed’ parts include the jacket studs in the letter ‘R’ and the smile that appears in the letter ‘P.’ There is also a slightly hidden element in the letter “I’ in the artist’s name. It appears to read “dna eht noituloveR” which is “and the Revolution” spelled backward which was used to acknowledge the appearance of the backing band.

You could say that Prince never did things without leaving hints and the cover for ‘1999’ was a fine example. Following releases, ‘Purple Rain’ and “Around The World in A Day” both contain several different elements that made each cover a complicated piece of art that captured both the eye and imagination. That stopped briefly in 1986 with the release of “Parade” which features a black and white photo of Prince.