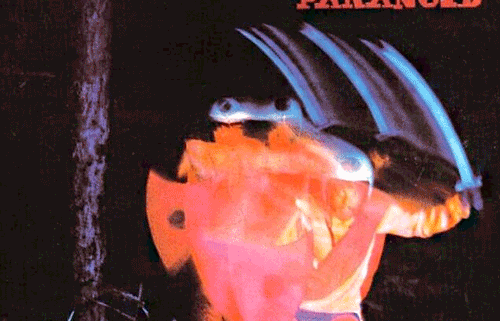 Pure Music Manufacturing in Manchester, UK proudly presents another instalment of ‘Behind The Cover.’ This is where we examine the story behind some of the most iconic albums in music history.

English rock band Black Sabbath released ‘Paranoid’ in September 1970. It was their second studio album and ended up to be the disc that contains many of the group’s signature songs including ‘Iron Man,’ ‘War Pigs’ and the title track which became the band’s only Top 20 hit peaking at #4 on the UK charts. The album was also the band’s first to top the UK Albums Chart.

The album was originally titled ‘War Pigs’ but it got changed due to fears from the record company. The Vietnam War was underway and there was more than just a slight concern that anything with the word ‘war’ in it could create a backlash of some kind. However, the band went along with it and the record label pointed out that it was in their view that the title track – now known as ‘Paranoid’ – was far easier to market as a single. In fact, it was already making waves long before the entire album was on the record shelf.

However, the most interesting thing about the name change was that the album cover art did not switch when the title did. The album cover art depicts a man dressed in a pig outfit with a sword in his hand. By the time the album name was switched, the now-title track ‘Paranoid’ was at the Number 4 position on the UK Singles Chart, where it peaked.

According to Warner Bros. former executive vice-president Joe Smith, the record company didn’t want anything to do with the situation. He had stated that when the Vietnam War was raging, the record company’s stance on the album title was “not important to me…I knew we weren’t going to call it ‘War Pigs.’”

Osborne continues to be bothered by the switch. Years after the album was released he was quoted as saying in an interview that he couldn’t see the connection between the man dressed as a pig holding a sword and being paranoid.

“I don’t know,” he said. “But they decided to change the album title without changing the artwork.”

Based in Manchester, UK, Pure Music Manufacturing is a CD manufacturing company. They provide several CD/DVD manufacturing services which include pressing and packaging. The goal of Pure Music is to become your one-stop CD replication service and they have created many different packages designed to meet the specific needs and budget of your project. For more information, contact Pure Music today.