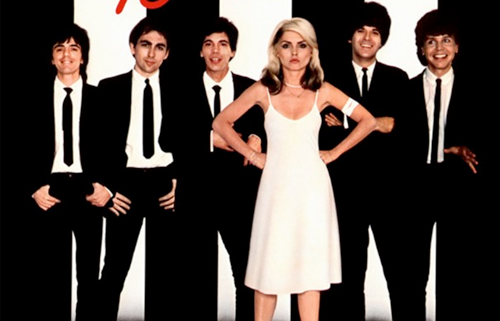 Pure Music is a CD manufacturing company. This is a feature called ‘Behind The Cover’ where we take a look at one of the most iconic album covers to be produced in the music industry. This particular album cover almost did not happen for the band known as simply Blondie.

American rock band Blondie released their 3rd studio album ‘Parallel Lines’ in 1978. The title of the album came from an unused song written by lead singer Debbie Harry, although the lyrics were included on the packaging of the first vinyl release.

The album cover artwork was a photograph taken by Edo Bertoglio. It features the members of the band posing in matching dress suits and smiling broadly with the exception of Harry. She is shown in the centre of the photograph posing defiantly with her hands on her hips, without a smile on her face. Plus, although the rest of the band is in black, Harry has a white dress on and high heels.

The band rejected the photo but their manager, Peter Leeds chose it to be used and well, he won. It’s a good thing, too. Leeds clearly saw something in that photo that spoke volumes. It was music journalist Tim Peacock who revealed the truth when he called the album cover “iconic, and instantly recognizable.” What probably makes the cover art stand out is that it does happen to contain a series of white and black vertical ‘lines’ that form the background the band is posing in front of. The black suits and white dress all tie it together in a neat and simple visual.

The album shot to Number One in the UK and was their commercial breakthrough in the US where it peaked at #6. It finished 1979 in the #9 position in the top pop album year end chart and has sold over 20-million copies worldwide. The record produced a total of six hit singles with “Heart of Glass” becoming an international success. Another single, “One Way Or Another” also became a signature song of the band’s. They followed it up the following year with another No. 1 album (in the UK) titled ‘Eat To The Beat.”

What aided the band at the time was the use of a music video. Still a fairly new promotional tool, a video for ‘Heart of Glass’ was produced by Stanley Dorfman. It featured the band performing the song in an upscale New York nightclub. The single, which became the band’s first number one hit, turned the band into bona fide music superstars. Prior to the release of Parallel Lines, the band struggled to sell albums. It was this record that got them on the charts also in other parts of Europe and Australia which widened their fan base considerably.