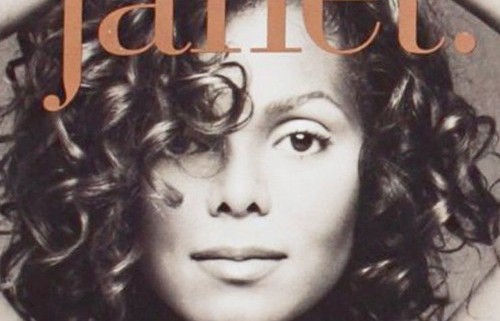 Pure Music revisits some of the best album covers of all-time in “Behind The Cover.” It gives us a chance to share with you the details and stories behind some of the most interesting and iconic cover art to be released.

Janet Jackson released her fifth studio album in May 1993. It was titled, “Janet” and has since been identified as simply ‘janet.’ Her music had become so popular just prior to this album that three record labels entered into a bidding war with her original label to have Ms. Jackson signed. She ended up signing with a new label, Virgin, following discussions with label owner Richard Branson. The contract was the highest one at that time estimated at $40-million.

You could say that this marked a real change in status for Jackson. She was now a force to be reckoned with and the cover for this album had to reflect the new, bold direction.

The cover art was actually a black and white photo of a topless Jackson with a pair of male hands covering her breasts. Although the hands were anonymous at the time the album was released, four months later a full-length version of the same photo appeared in Rolling Stone magazine. The photo, shot by Patrick Dematcheleier, had cropped out the owner of the hands – Jackson’s then-husband Rene Elizondo, Jr.

For the album cover, the photo was closely cropped to just show Jackson’s face with her midriff appearing only in the interior booklet. A limited edition double-disc of the album actually features the full version of the photo as well as the video compilation ‘Janet’ which was released later in the same year.

As for the sexual content of the cover, Jackson explained in the Rolling Stone issue that although sex had been an important part of her life, it hadn’t “blossomed publicly until now.” She went on to state that after going through some changes and shedding old attitudes she finally started “feeling comfortable with my body.” Jackson claimed at the time that “people intuitively understand the change in me” just by listening to the music on the album.

In addition to becoming one of the most recognized magazine covers of 1993, it also has the distinction of being the most lampooned magazine cover of the year. This, of course, was years before her controversial SuperBowl half-time ‘wardrobe malfunction’ in 2004 with Justin Timberlake and the incident that has since been known as simply ‘nipplegate.’

One thing ‘janet’ did for Janet Jackson, and the cover art gets most of the credit for this, is that it firmly established the artist as both a role model and a sex symbol. It actually did a great deal in separating Jackson from the mystique of the musical family and set her out as a solo artist on a different path musically and personally.

Pure Music Manufacturing is a CD manufacturing company. Based in Manchester, UK, Pure Music provides many different CD/DVD manufacturing services including pressing and packaging. They aim to be your one-stop CD replication service by providing affordable packaging options to fit your budget and specific requirements.