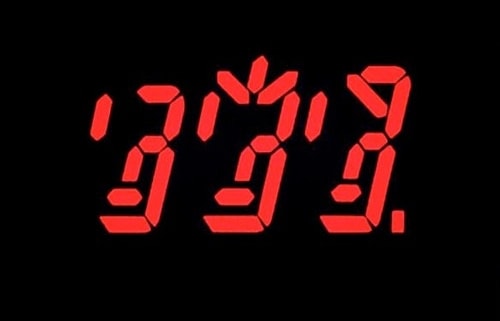 This is Pure Music’s ‘Behind The Cover’ where we take a closer look at some of the stories behind iconic album covers of the past. There have been several great designs that will always be remembered. Unfortunately, some of the cover art designs are more memorable than the music on those disks. That is not the case with this particular album by The Police.

The fourth studio album by English rock band The Police was released in 1981. Titled, Ghost In The Machine,’ the majority of the music on the disk was inspired by the book of the same name written by Arthur Koestler. Band member Sting was an avid reader of Koestler’s and the album that followed this release, ‘Synchronicity’ was inspired by another of his books. This one having mentioned Carl Jung’s theory of synchronicity.

‘Ghost In The Machine’ was the first album by The Police to have an English title and went straight to the top of the charts. It reached #2 in the UK and #1 in the US. Three singles were released although in the US a different single hit the charts. It was titled ‘Secret Journey’ and it was the second single replacing the original ‘Invisible Sun.’ The switch proved to be arresting enough that ‘Invisible Sun’ went multi-platinum as a result.

The album cover art resembles the old style red LED calculator displays of decades before the album was released. It actually came about in an unusual manner. The band could not decide on a photograph to use for the cover. The cover art was designed by Mick Haggerty. He devised a series of three seven-segment displays that were red on an all-black cover. The use of the seven-segment displays was innovative in that it permitted each of the three displays to take on the basic characteristics of the three members of the band.

Each of the displays featured different ‘hairstyles’ which made identifying the band member it represented that much easier. From left to right the red displays were representing Andy Summers, Sting and Stewart Copeland. The Sting display had spiky hair while the Copeland display featured a fringe. If you were a fan of the band you would easily know who was who on the album cover.

Interestingly enough, the original issue vinyl album cover shows wire bonds that some claim indicate that the red displays are actually a photographic collage. Regardless, the ghost in this machine didn’t spook anyone and wound up becoming one of the most popular and recognizable album covers of all-time. In fact, in the US, VH1 rated it at #45 on their 50 Greatest Album Covers list.

Pure Music Manufacturing is a CD manufacturing company based in Manchester, UK. Offering many different CD/DVD manufacturing services, Pure Music does everything including pressing and packaging. They strive to become your single one-stop CD replication service based on their ability to provide affordable packaging options. These options are designed to meet your budget as well as all your project requirements.

These “Brothers In Arms” Are Not In Dire Straits

Loverboy Gets Lucky With Their Second Album
Scroll to top