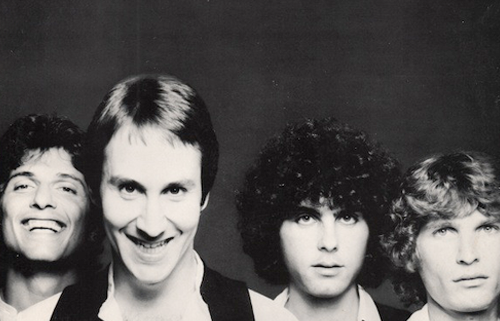 This is ‘Behind The Cover’ a feature presented by Pure Music. It is a place where we will dig into the history of and story behind some of the most iconic album covers of all time. In this edition, a legendary UK band has some influence on a new group out of the US.

The Knack was formed in 1978 in Los Angeles and could not get a record label interested in their music. So following months of trying, the band decided to start playing gigs at local night clubs. They scheduled over 50 shows in the span of 6 months and gained quite a following. At one point, the band had fellow musicians – including Tom Petty and Bruce Springsteen – join them on stage.

Their debut album, titled ‘Get The Knack’ was released in mid-1979. It went on to become one of the most successful debuts in history. It sold in excess of 1 million copies in just two months and sat at the top of the Billboard 200 album chart for five weeks. The first single from the disk was a bouncy little tune – that has since been parodied in various ways – called ‘My Sharona.’ The hit single topped charts in both the US and Canada.

The success of the album is partly contributed to a slick and polished image and promotional efforts of their record label. The visual look of The Knack was ‘borrowed’ mostly from The Beatles. In fact, the album cover photograph is a homage to the black and white cover photo from the Fab Four’s debut album ‘Meet The Beatles.’ To that end, the back cover photo of ‘Get The Knack’ is from a scene ‘borrowed’ from The Beatles’ film ‘A Hard Day’s Night.’

The record label was so convinced that The Knack would become the ‘new’ Beatles that they even reverted to their 1960’s Capitol ‘rainbow’ label for the vinyl pressing of ‘Get The Knack.’ That detail actually happened to be a stipulation that was written into the recording contract with The Knack.

Further to the connection with The Beatles, ‘Get The Knack’ was certified Gold in 13 days making it the fastest selling record on the Capitol label since ‘Meet The Beatles’ in 1964. Plus, the single, ‘My Sharona’ was Capitol’s fastest selling debut single since ‘I Want To Hold Your Hand’ by The Beatles.

Despite the success of the band’s music, the image, largely borrowed from The Beatles, did receive a great deal of attention from music critics. Unfortunately, that attention was negative and the decision by the band to refuse to do interviews of any kind did not help the situation any at all.

Foreigner Changes Title of Album And Take ‘4’ To #1

U2 Will Soon Understand The Significance of ‘The Joshua Tree.’
Scroll to top