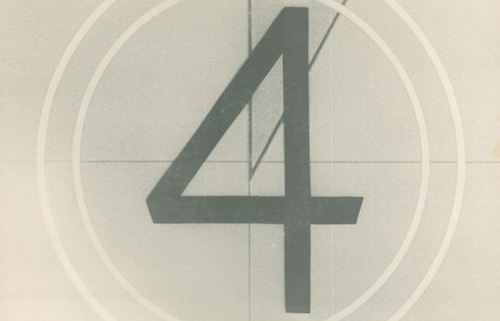 This is ‘Behind The Cover’ a feature from Pure Music Manufacturing where we look into the story behind record cover art. Sometimes there is a little more behind the scenes with what may otherwise be considered a great looking album cover. The story that revolves around the album ‘4’ by Foreigner is one such interesting tale.

The 4th studio album by the British-American rock band Foreigner did not start out with the obvious title of ‘4.’ In fact, it was originally called ‘Silent Partners.’ The switch to ‘4’ came about partly due to it being the band’s 4th album and partly to recognise that the band was now a four-piece following the departure of saxophone player Ian MacDonald and keyboardist Al Greenwood.

The album, released in 1981, was a huge success around the globe while it sat at the #1 position on the US Billboard album chart for ten weeks. The album sold over 7-million copies in the United States alone.

But let’s go back to when the album was titled, ‘Silent Partners.’ Art studio Hipgnosis was approached to come up with a cover design based on the title. The end result was a black and white image of a young man in bed. Suspended in the air overhead was a pair of binoculars. Apparently, you had to see it to gain a full appreciation for whatever the message was about that cover which related to a silent partner or three.

As you probably imagined, the band rejected that image. The reason being that the band found it to be a bit “too homosexual” for their image. It didn’t really matter by this point as the album was re-named ‘4’ and now needed a different cover art.

Bob Defrin took on the task and modeled the new album cover off of an old fashioned film leader that you may have seen counting down from 5, 4, 3, 2 and then would launch into whatever the feature film intro was. Oddly enough, Hipgnosis still has a credit with this release only it is for the record label.

The album had a series of hit singles including ‘Juke Box Hero,’ ‘Waiting For A Girl Like You,’ and ‘Urgent.’ It also featured session work from Junior Walker, who provided the saxophone work in the hit single ‘Urgent’ and a rather young Thomas Dolby who went on to launch his own successful solo career. Dolby provided keyboard work for the album.

It was also the album that completed the band’s transition to a hard rock group which started with the album ‘Head Games.’ The album also marked the first release where all the songs on it were written by the duo of Mick Jones and lead singer Lou Gramm.

Pure Music Manufacturing is a CD manufacturing company. Based in Manchester, UK, they provide several CD/DVD manufacturing services including pressing and packaging. Pure Music aims to be your only, one-stop spot for CD replication services of all kinds. They have designed their services to meet your specific project requirements while staying within your budget.

Bon Jovi Goes To The Trash With ‘Slippery When Wet.”