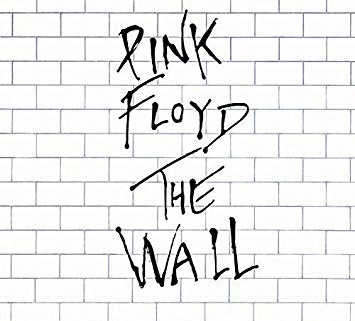 Welcome to “Behind The Cover” brought to you by Pure Music Manufacturing. This is a feature where we look into the music and cover art of a well-known album cover.

English rock band Pink Floyd released their eleventh studio album, titled “The Wall,” in November 1979. The ambitious two-disc release is a rock opera that traces the story of Pink who is a jaded rock star, to his eventual self-imposed isolation from society as symbolized by a wall. The album was a commercial success peaking at #1 on US charts and staying there for 15 weeks. It rose to #3 in the UK. Critics at first found the release to be overblown and pretentious but eventually named it as one of the greatest albums of all time.

The concept for The Wall was conceived by Roger Waters of the band during Pink Floyd’s 1977 tour and he modelled the character of Pink after himself and Syd Barrett, who was once a bandmate. The recording sessions were tension-filled as each member of the band was dealing with personal and financial issues at the time. It is also the final album to feature the band as a quartet as Waters fired keyboardist Richard Wright during production although he stayed on as a musician on a salary.

The band’s only #1 single in the US came from this album and was titled, “Another Brick In The Wall, Part 2” and the band embarked on an ambitious two-year tour to promote the album which featured elaborate theatrical effects.

It has since become one of the best-known concept albums ever released and was adapted to the screen in 1982 as a feature film of the same name. Over 24-million copies have been sold and “The Wall” is the second-best-selling album by Pink Floyd and one of the best-selling albums of all-time. A few outtakes from the recording sessions were used in the band’s following release.

The album cover art was the most minimal ever used by the band as it shows just a white brick wall and no text. Although design group Hipgnosis has been responsible for the majority of the creative album covers used by the bad, a falling out between Waters and designer Storm Thorgerson several years before led to the decision not to use the design firm for this album cover.

Issues of the album featured lettering of the band name and album cover by cartoonist Gerald Scarfe. The lettering would be either on a sticker on the sleeve wrapping or printed directly on the album cover. The lettering appeared in black or red, depending on the origin of the release. Scarfe also designed the inner sleeve art and the labels for both of the vinyl records in the release. Much of Scarfe’s work ended up as dolls used during the tour to support the album.

The Ramones Explode On The Music Scene With Their Debut Album

Toto Holds The Line With Debut Album
Scroll to top