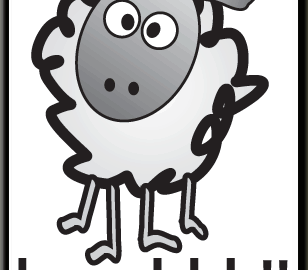 Believe it or not, these words changed the world, more incredibly this was the start of the modern music industry, as this was the first audio recorded and played back by a man called Thomas Edison in 1877. Edison had just invented the cylinder recording system, and for the first time in history it was possible for someone to hear a recording of an event that had happened in the past. Now someone living in London could hear a recording of a performance that had taken place in New York a week earlier, incredible! 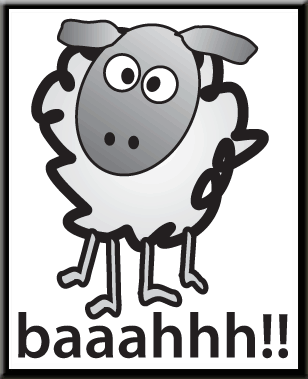 Edison was not only an inventor, but also a business man, he knew that to make money from this invention he had to be able to mass produce the cylinders to be able to make a profit.  For those who wish to skip the history lesson, click here to go the modern day stuff.

The major problem Edison faced with the cylinder recording system was that it was very difficult to mass produce the cylinders, to do this you needed some way of making a mold or “master” that could be used to press  thousands of copy’s.

It was possible to make a mold of the cylinder, however to separate this mold  from the cylinder you had to break the mold. Then you would have to put the mold back together perfectly so the grooves matched up precisely, otherwise you would hear a nasty click as the styli crossed the point where the mold joined together.

Eventually this problem was overcome, but this took some considerable time, and by then someone else had come up with an alternative. What was needed was a an elegant idea to enable efficient and high quality mass production. What was needed was a German,  although technically he was a naturalised American, he was German by nature,  his name was Emile Berliner.

Berliners brain wave was to cut the groove as spiral on a flat disc (does this ring any bells?), the beauty of this flat disc was that you could mass produce the discs with a mold that did not need to be broken in two. So it was that disc manufacturing was born, and the essentially this is the same process that still continues today, from vinyl to CD, DVD and Blue Ray.

In the early days of recording it was a live take, you got a bunch of musicians into a recording studio with a record cutting lathe, and they would do their thing, the sound went down a large acoustic horn to a cutting head that would etch the sound as a groove on a wax disc, a complete acoustic recoding system. Get it wrong and you would have to do it all again. Get it right and you had a “Master” that could then be used to mass produce the records.

Essentially a Master is the definitive version that is to be mass produced, however over the years the term master has caused some confusion.

Recording studios will normally give clients a master at the end of the session, sometimes this is called a studio master, mix master, stereo master or even just a master. After this the tracks may be recompiled and other mixes added and this is sometimes called a pre-production master or pre master. If your album goes to a mastering room they will create a production master, and the CD pressing plants will create a glass master. So which of these is really the master!

Well, for manufacturing companies the master is the final definitive version that does not need anything adding or taken away. If you need to add CD text or ISRC codes, these must be on your master. Track orders, gaps between tracks and levels must be exactly as you want them. If any of these elements need to be altered then it is not a master, and should not be labelled or called a master. However if everything is exactly as you want it, then we would normally call this a “Production Master”.

You now have your Production Master  and you need to supply it to your CD / DVD pressing plant, and you need to decide on which format is best . This will normally be decided on whether you are using a professional mastering studio or mastering yourself.

Mastering studios these days tends to prefer to supply DDP image, this stands for Disc Description Protocol. This is a data file that describes every aspect of the disc, this type of master has several advantages. It is universally accepted by all CD & DVD manufacturer’s, it can be transferred by FTP over the internet and is very reliable. When creating a DDP image we do require an MD5 “checksum”, this is a like a fingerprint of the data, the MD5 is then transferred with the DDP image and checked on the receiving end. Once received at the factory  the  MD5 “checksum”  is run on the files and if the same “checksum” is calculated we know with complete confidence that the transfer is 100% successful.

We also accept DDP files on disc, however if your mastering studio provides you with this type of file on a CD-R or DVD-R, do not try to play this on your computer or CD player. You will need very specialist software to play this file format, and in trying to play it you may damage the disc, so keep it in it’s case and don’t be tempted to open it, as your mastering studio may charge you to re-supply a new master. If you are supplied with a DDP master your mastering studio should also supply you with a reference disc for you to check, please make sure you do not supply this to us as the Production Master, as it may not have been fully checked for errors by the mastering studio, and is for listening purposes only.

Some mastering studios  like to supply audio masters as a Red Book audio CD, or if you are doing an Enhanced CD (Audio + Data) these can only be accepted on CD-R, however this may well change in the future. Again like the a DDP master on disc, you should also be supplied with a listening copy, so do not be tempted to open the case and play Production Master, as the mastering studio may charge to re-make the master if it gets damaged.

You may wish to do your own mastering and with a few simple precautions this is surprisingly simple. I will say if time and budget allow,  it is always preferable to let a professional do the mastering , but I understand this is not always the case. It still amazes me that most desktop & laptop’s computers these days come supplied with CD / DVD recorders and software that  are capable of producing perfectly acceptable CD masters, especially when I think back to our first SADiE mastering system that cost over £ 8,ooo, trust me that hurts .

The first thing you will need to self master is a really good brand of disc, I am assuming you have a CD writer! If you have just spent the last 6 months creating your musical masterpiece, don’t then entrust it’s future to a supermarket brand of disc that costs less than a packet of chewing gum. If you can source them easily, Taiyo Yuden are considered the best brand of disc, however HHB, Verbatim TDK and most of  the big brand discs are very good.

Your recording software should allow you to record “Disc at Once” or a similar named option, this should create a Red Book type of disc, you must write the disc this way or will not record the correct start and stop times that we can use to create the glass master. The next thing to do is choose the recording speed, this is possibly the biggest cause of us rejecting masters, use a low write speed, 4 x speed if your software supports this or 8 x speed maximum, just because your writer than record 52 x speed, it’s an option, not  recommendation

The master has now finished writing, but we are not finished yet. You now have a master, the definitive version that will go on to to be used press many thousands of copies, well hopefully. Your master must now be treated with the reverence it deserves. When handling a master never let your fingers touch the playing surface of the disc, scratches, fingerprints and general dirt are another large factor in us rejecting your master.

When handling discs, I always recommend placing your index finger in the centre hole of the disc when transferring from the case to a CD  player and back in the case again, this way you wont touch the playing surface. Using this method you will want to put the master you have just created into a CD player, and play it from start to end, just to make sure that it has no pops, clicks, skips or other nasty things going on. Some mastering engineers play the last last track on a CD first out of superstition, their is nothing more frustrating than listening through a 79 minute album only to discover that you have a big click at the very end of the disc!

You’re almost there, you have used a great brand of disc, written the master at a low speed, handled the disc with care and listened through to make sure it all sounds great. All you have to do now is get it to your pressing plant. Having taken so much care to get to this stage, don’t fall over at the final hurdle and put the disc in an old dirty plastic wallet that you have lying around. Your master should be packed into a full height album case (not the very slim type of case) or a DVD box. You may want to write your information on the master so it is easily identifiable, but only use special CD pens, if you don’t have one, don’t worry, just make sure the case you pack the master in has all of your details, particularly the catalogue number, you’re manufacturing company will label the disc for safety.

So it’s been epic journey, and I don’t mean getting to the the end of this rather long blog, but the journey from Edison making the first sound recording to you supplying your CD master that may well go on to change the history of music in the same way The Beatles did.

However one final warning, the recommendations in this blog might be slightly biased to how Pure Music work. So if for some unknown reason you use another company to manufacture your CD, it would be advisable to check with them if they have any specific ways to have CD & DVD masters supplied. A quick phone call could save a missed release date, and any company would rather spend 10 minutes going over correct supply of parts than to have to let a client down on a release date.

Hope you have enjoyed or at least learnt something form this article, and please feel free to ask any questions or comment.

The need for bleed

The First Lady Of Mastering
Scroll to top