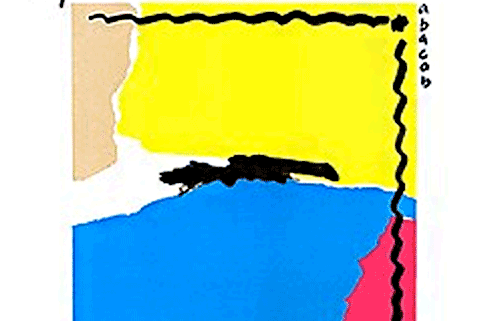 Welcome to another interesting story about music and packaging. Pure Music Manufacturing is proud to present ‘Behind The Cover’ which looks at some of the most iconic album covers of all time.

‘Abacab’ was released by English rock band Genesis in September 1981. It was their eleventh studio album and became a commercial success. It reached the top spot on the UK Albums Chart and soared to #7 on the US Billboard 200. It was certified double platinum in 1988 for selling 2-million copies in the US. The album produced four singles including ‘Abacab’ and ‘No Reply At All’ which were the best known to come from that release. The other two singles were ‘Keep It Dark’ and ‘Man On The Corner.’ The title track peaked at #9 on British charts and #26 in the US. The album marked a significant change in the sound of the band moving them further into the progressive rock ‘radio friendly’ region.

While the album was the first one recorded by the band at a studio that had been purchased by the group to serve as their home studio, the album cover artwork was a completely different matter. Designed by English artist Bill Smith, the project took quite some time to complete. According to Smith, the delay was because the band “only ever knew what they didn’t like.” Although this hints at the fact that there were several album artwork designs that were rejected for this project, there has never been an actual reference to how many that truly totaled.

The final cover design was originally inspired by band member Mike Rutherford. He spotted a random collection of one inch square pieces of torn paper taken from a Pantone swatch of colours. The collection was intended to be for a book design that was in Smith’s sketchbook and depicted a bright abstract design. That suddenly became the genesis of the new album cover art.

With this concept in mind, Smith reproduced the random, torn swatches in a total of four different colour schemes. Oddly enough, the band liked all four. It was at about that time that the band decided that having the ‘Abacab’ cover in four different versions would make for an effective marketing tool once the album was released.

As it turned out, all four designs were used. Three of them were eventually reduced to ‘limited edition’ status with the fourth design remaining. The packaging of this album also differed from previous Genesis releases in that the lyrics did not appear on the record sleeve. The band chose to do that in an effort to reduce the emphasis on the words – something that they felt had been overdone in previous Genesis album designs.