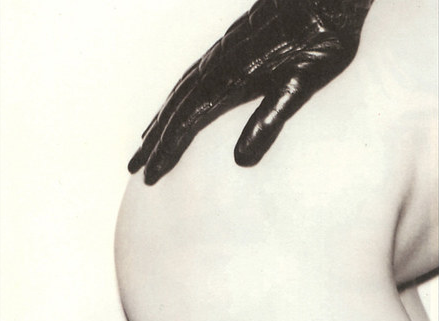 Is This It Album Cover – The Strokes

Photographer’s Then-Girlfriend Gets Her Nude Bottom On Album Cover

Behind The Cover is where we take a closer look into the story behind the music and album art of an iconic album. It is brought to you by Pure Music Manufacturing of Manchester, UK.

The debut studio album by American rock band the Strokes was released on July 2001. It was titled, “Is This It.” The band wanted their debut album to have a simple sound that was not too enhanced by studio electronics and editing tools.

The music press promoted the album for its twin-guitar interplay and melodic and pop-influenced sound. The album peaked at #33 on the US Billboard 200 chart and soared to the Number Two spot on the UK Albums Chart. It went on to earn platinum status in many countries around the world. It peaked at Number 2 on the Norwegian Albums Chart and Number 3 on the Swedish Albums Chart. It went to Number 5 in Australia and charted in Belgium, Canada, Finland, Germany, France, the Netherlands and New Zealand. Praised for its 1970’s garage band sound, the album cover brought some controversy to the band as did one single from the disc.

The Is This It album cover was shot by photographer Colin Lane and features the nude bottom and hip of his then-girlfriend. In the shot, there is a leather-gloved hand suggestively resting on the hip. The photoshoot was apparently spontaneous happening shortly after the cover model had gotten out of the shower one morning. According to Lane, “We did about ten shots and there was no real inspiration. I was just trying to take a sexy picture.” The glove had been left in the photographer’s apartment by a stylist and quickly became a prop. The album cover went on to become an entry in the book “The Greatest Album Covers of All Time.” It also appears on many other lists of best album covers throughout the world.

However, British retail chains HMV and Woolworths objected to the cover but still stocked it without alteration. The American release saw a completely different album cover. This one was a psychedelic photograph of subatomic particle tracks in a bubble chamber. If it looked familiar, that’s because a portion of the same photo appeared on the cover of Prince’s “Graffiti Bridge” album.

Apparently it was the band’s decision to alter the cover for the US market. The band manager recalls that the band called before the disc was released in Japan and Europe stating, “I found something even cooler than the ass picture.” And as they say, the rest is history. They also never correctly the grammar deliberately leaving out the question mark from the album title.

As for a song that brought a little controversy, a track titled, “New York City Cops” was released on September 11, 2001 – the day of the 9/11 attack. The CD version saw the tracklisting amended soon afterwards to avoid any other backlash.

Based in Manchester, UK, Pure Music CD Manufacturing is your one stop CD replication service. They can handle all your project needs from pressing to packaging and provide various packages to fit your specific project and budget needs. For more information contact them today.